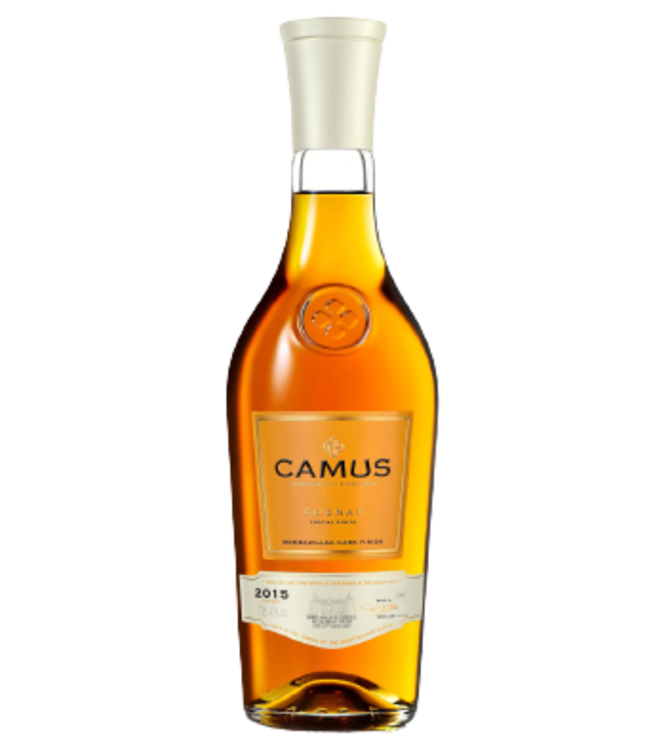 The House of CAMUS has single-handedly revived Cognac production in the forgotten region of the Périgord with their latest release - a single-cru Cognac sourced from the last vineyards in the Dordogne region bordering the Charente. Read more..

The House of CAMUS has single-handedly revived Cognac production in the forgotten region of the Périgord with their latest release - a single-cru Cognac sourced from the last vineyards in the Dordogne region bordering the Charente. The CAMUS St Aulaye Special Finish Cognac is sourced from the two parcels in Saint-Aulaye, one of the last villages in the Dordogne that is still part of the Cognac appellation, bordering the Bons Bois terroir.
In 1998, they began their mission to prevent the appellation from disappearing in the beautiful Perigord region, and began acquiring planting rights for their vines. In 2014, CAMUS joined them in their mission, in cooperation with the municipal council itself.
The wine made from grapes from the village of Saint-Aulaye is distilled over lees in small stills with a capacity of 2500 litres. The eaux-de-vie are aged in oak barrels with fine grain from the forest of La Double, which gives the final distillate soft and delicate tannins.
After the first part of the ageing process, the Cognac is transferred to first fill Monbazillac sweet wine barrels of 225 litres, according to traditional practice in the region. The small size of the barrels allows for a better interaction between the liquid and the oak staves, enhancing the sweet and soft aromas of the wood after Monbazillac maturation. The aftertaste guarantees a high complexity of flavour, giving the Cognac its beautiful golden colour with flashes of amber.
This small batch of St Aulaye Cognac is made in a limited allocation of 3000 bottles per year, each individually numbered.

The House of CAMUS has single-handedly revived Cognac production in the forgotten region of the Pér..