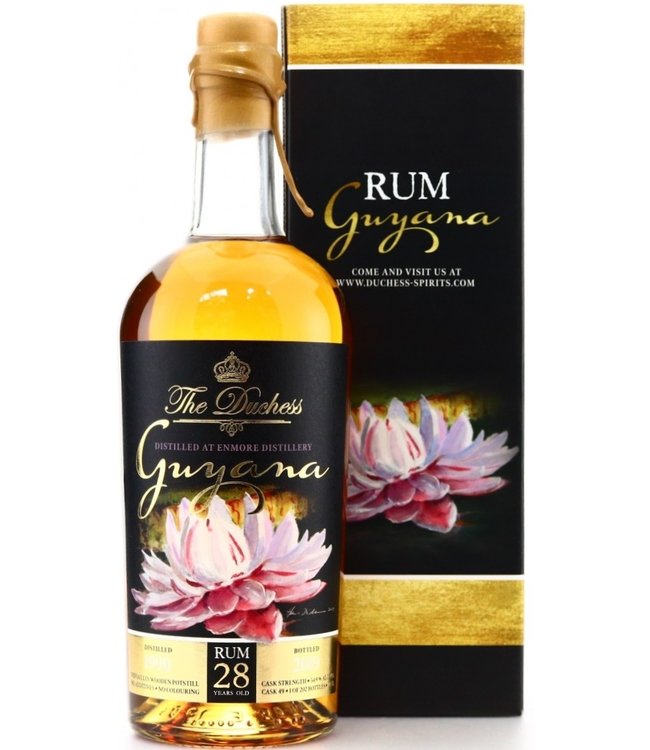 A single cask Demerara rum distilled at Enmore distillery in Guyana. Versailles is the single wooden pot still rescued from a lost distillery of the same name. The still is now in operation at Diamond. Read more..

A single cask Demerara rum distilled at Enmore distillery in Guyana. Versailles is the single wooden pot still rescued from a lost distillery of the same name. The still is now in operation at Diamond, transferred there from Enmore via Uitvlugt after the closure of those distilleries in 1993 and then 2000, respectively. This was distilled in 1990 and bottled from single cask #49 in 2019

SERGE VALENTIN (89)
This old rum from Enmore’s Versailles wooden pot still. The Duchess is an excellent little house, wondering if that duchess had her habits at the court of the Louis XIV, in Versailles. Not really.

Colour: straw. It’s glorious to be able to have some nearly-30 years old rum that remained close to the original distillate, is it not.
Nose: it’s very delicate, soft, flowery (lilies), with tiny spices, herbs and meadow flowers. Caraway flowers, woodruff, honeysuckle, elderflowers… It’s almost embroidery, or lace. With water: plasticine, balsa wood, one olive.
Mouth (neat): so good! Once again it’s pretty subtle, with more tiny herbs and ‘stuff’, pine needles, a touch of liquorice, some cake that got a bit burnt, some pear purée or compote, and just a little tar and lemons. A hint of sea salt. With water: lemon, olive and brine up.
Finish: rather long, still on lemon, olive and brine, plus a little tar and plasticine.

Comments: sure it does not feel like it’s 28, rather 15, but no problems at all, time added a few subtleties that would just justify this extended European maturation. Sounds like I’m talking about the E.U., does it not. Lovable rum, bordering 90.

A single cask Demerara rum distilled at Enmore distillery in Guyana. Versailles is the single wooden..