During the five to six days it takes to turn cane syrup into unaged rum, the Richland Rum Distilling Company fills with a smell like buttered caramel. For most of last year, that enticing aroma and the sight of stoppered barrels were all the Richland, Georgia, microdistillery could offer curious passersby. But with the first batch finally in bottle, visitors can now get a taste of the smooth amber liquid that has brought new life to this small town. An easy-drinking spirit, the rum has an earthiness up front, followed by smoke and floral elements that give way to a heart of pure butterscotch—complex flavors that have all but disappeared from the commercial rum marketplace.

Owner Erik Vonk arrived in the state in 1990 to found an Atlanta bureau for Randstad, the multinational Dutch staffing firm. Though he was able to retire within the decade, he didn’t go far. With his wife, Karin, he bought a large tract of rolling land outside of Richland. They named their farm Vennebroeck, Dutch for “ponds and brooks.” Beyond the spot’s natural beauty, Vonk was intrigued by the area’s history of sugarcane farming, which scratched an old itch. “I just sort of had this ‘aha’ moment,” he says. “I’ve had a strange fascination with rum for a very long time.”

Starting in the late 1990s, Vonk set out on his quest to grow, distill, and barrel-age sugarcane into something that would evoke the lost character of pre-Prohibition rum. He is quick to point out that nearly all commercial rum today is made from molasses-—the by-product of sugar refining—rather than the cane syrup used during the eighteenth and nineteenth centuries. Working with the University of Georgia extension office, Vonk identified the variety of cane that grows best in southwestern Georgia’s climate—Georgia Red—and secured permission to build a still for personal consumption.

When he decided to turn his hobby into a business, in 2007, Vonk knew he would need to jump through a few regulatory hoops, as Vennebroeck straddles two dry counties. As luck would have it, Richland had a long-standing law allowing alcohol within its limits, and the town council was eager to repopulate its long-shuttered downtown storefronts. Vonk selected a general store that had been boarded up for more than a quarter century.

In 2011, Vonk and his distiller, Jay McCain, cooked up the first three hundred cases of Richland Rum, supplementing  their modest harvest with high-quality cane syrup from Louisiana and Florida and using a copper alembic pot still imported from Portugal. Then, they waited, aging the rum in mostly new oak barrels—though they used the spare Wild Turkey or French Burgundy barrel for added flavor.

“Sometimes people got angry,” Vonk says of that first year. “One guy told me I was an idiot not to have any rum to taste. I told him it just takes time.”

For now, distribution is limited to a few shops, bars, and restaurants near Richland and in Atlanta. But Vonk has already purchased the storefront adjacent to Richland Rum’s  headquarters and sent away to Portugal for a second still to increase production capacity in the immediate future. And in three to five years he will release a special bottling of the rum distilled exclusively from his own cane juice. “A Proprietor’s Reserve,” he says, laughing. “It has a nice ring: estate-grown Georgia rum.” 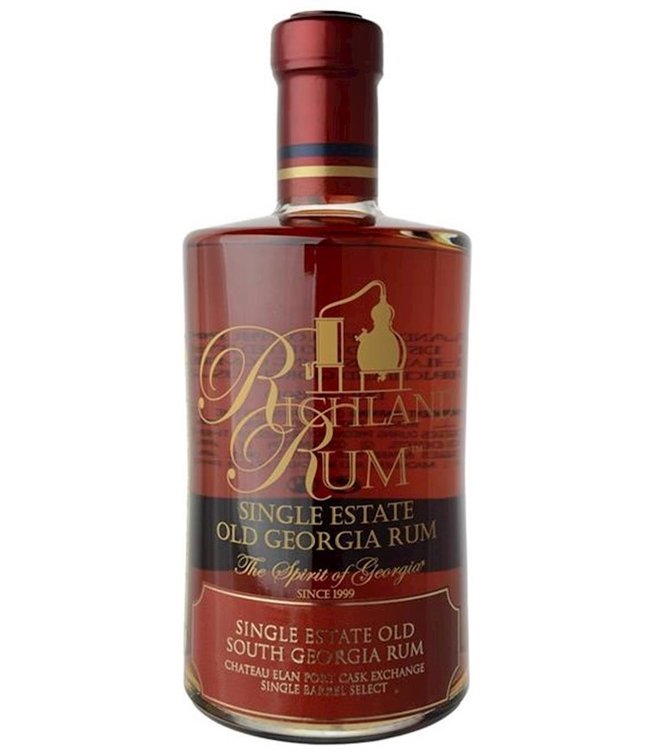