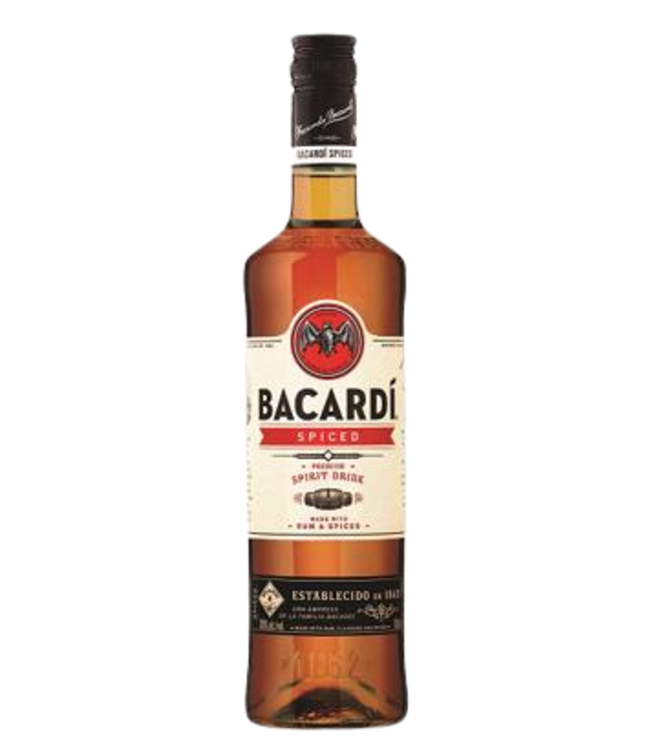 In Bacardi Spiced you first taste creamy vanilla, then the subtle woody notes of honey and in the aftertaste the natural notes of cinnamon and nutmeg. Read more..

Bacardi Spiced Rum is the successor of the Bacardi Oakheart. Good to know is that the rum has not changed; this is still the same perfectly balanced spiced rum that is composed of both aged and unaged rum distillates, only with a new label. A spice blend including vanilla, nutmeg and cinnamon is used to further flavour the rum.

Bacardi's Maestros Roneros (= Rum Masters) have elevated rum blending to an art form and this forms the basis of the challenging and spicy flavour profile of this Bacardi rum.

The Bacardi Spiced is full and smooth in flavour with a pleasant spiciness. Furthermore, light smoky flavours can be found. Expect a rum with a versatile character that makes for delicious mixed drinks and cocktails. Drink Bacardi Spiced in the mix with Coca-Cola as a twist on the classic Baco or use it as a base for various rum cocktails.

In Bacardi Spiced you first taste creamy vanilla, then the subtle woody notes of honey and in the af..