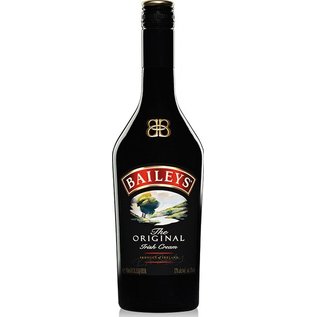 Baileys Irish Cream is an Irish whiskey and cream based liqueur. Baileys Irish Cream was created by Gilbeys of Ireland, a division of International Distillers & Vintners, as it searched for something to introduce to the international market. The process of finding a product began in 1971 and it was introduced in 1974 as the first Irish cream on the market. The Baileys name, and the R.A. Bailey signature, were fictional, inspired by the Bailey's Hotel in London. Baileys is produced in Dublin and under contract in Newtownabbey.

The alcohol and cream, together with some Irish whiskey from various distilleries, are homogenized to form an emulsion with the aid of an emulsifier containing refined vegetable oil. This process prevents separation of the alcohol and cream during storage. The quantity of other ingredients is not known but they include herbs and sugar.

According to the manufacturer no preservatives are required as the alcohol content preserves the cream. The cream used in the drink comes from Glanbia, an Irish dairy company. Glanbia's Virginia facility in County Cavan produces a range of fat-filled milk powders and fresh cream. It has been the principal cream supplier to Baileys Irish Cream Liqueurs for more than thirty years.