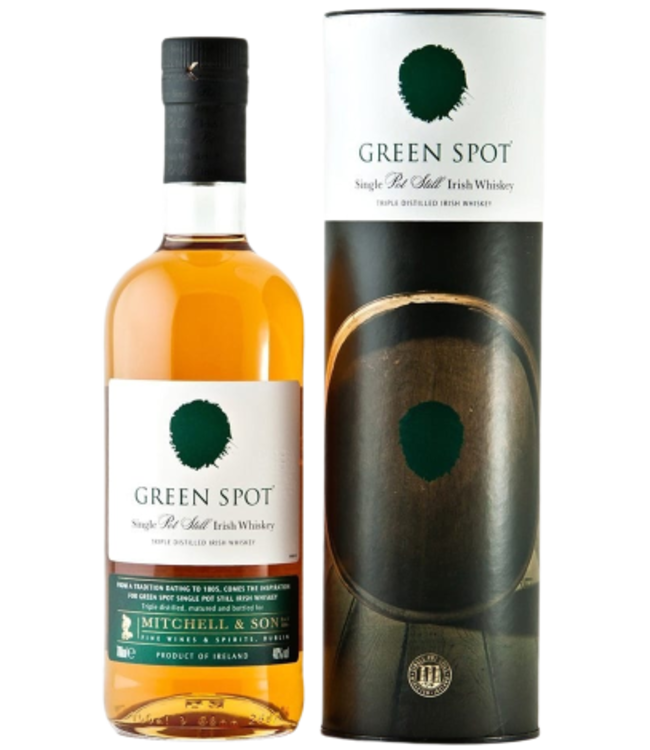 Green Spot was originally produced exclusively for the Mitchell family who, commenced trading in 1805 on 10 Grafton St. in the heart of Dublin city as purveyors of fine wines and confectionary. Four generations later, the company is still in the wine and spirits business, under the stewardship of Jonathan Mitchell and his son Robert.
The Mitchell family expanded into whiskey bonding in 1887, whereby they sent empty wine, sherry and port casks via horse and cart to the local Jameson Distillery, which were then filled and returned to the Mitchell’s cellar warehouse. There, the whiskeys matured for many years under bond until they were ready to be bottled and sold.

Tasting Notes:
Nose: Fresh aromatic oils and spices with orchard fruits and barley on a background of toasted wood.
Taste: Full spicy body. A hint of cloves along with the fruity sweetness of green apples, rounded off with toasted oak. Followed by lingering flavours of spices and barley. 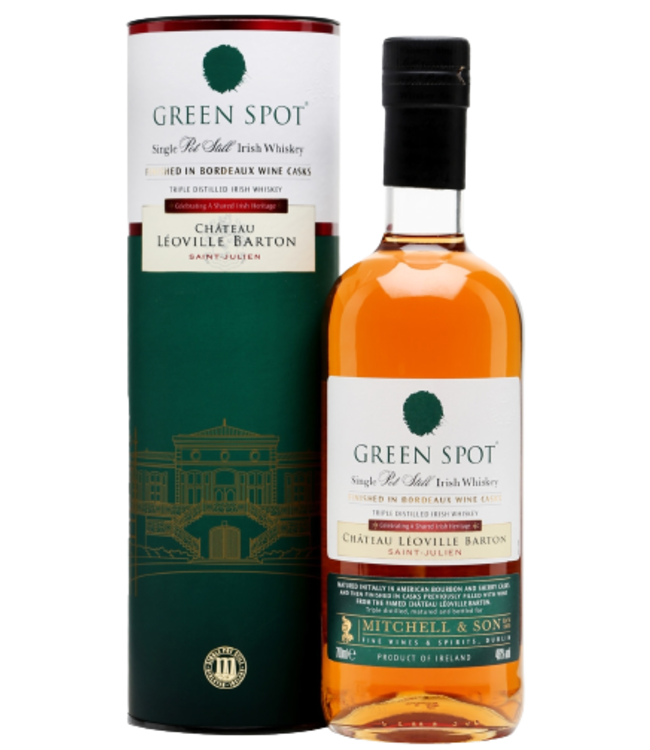 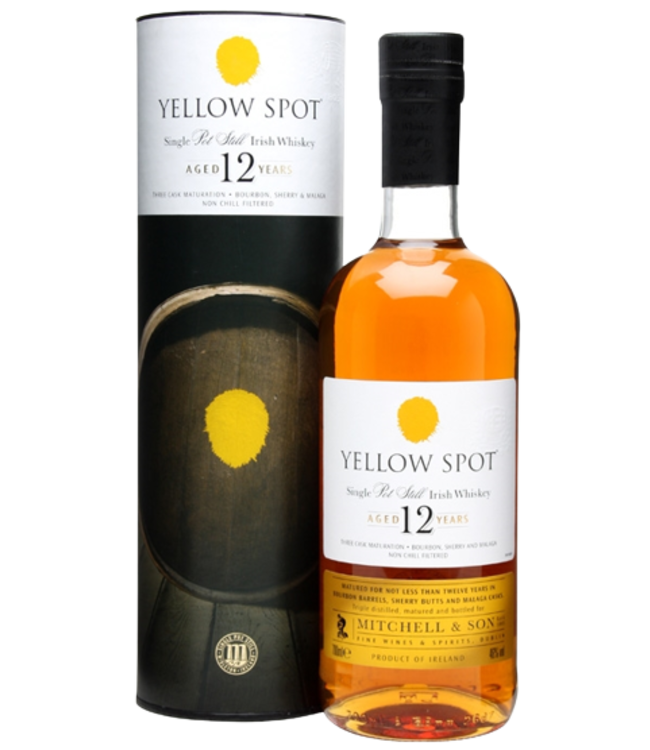 While Green Spot is often described as tasting like green apples, Yellow Spot is..
€76,50