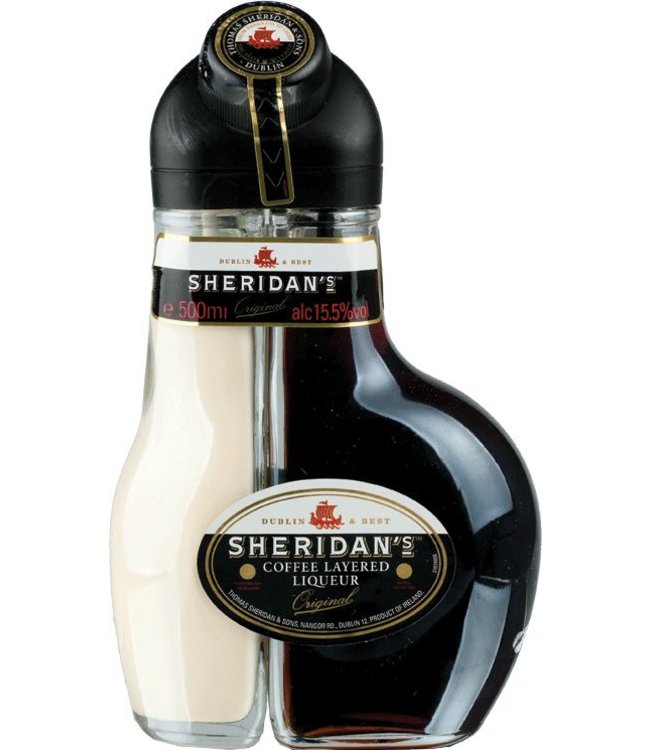 Sheridan's is a liqueur first introduced in 1994. It is produced in Dublin by Thomas Sheridan & Sons.

The idea was originally conceived in the 1980's by Pat Rigby (director of Research and Development for Bailey), to added another product to the single branded company. Production started in 1989 and the new facilities were built for the production. The company was not able to find an Irish company who could make the glass bottles, so the original bottles were made in Italy. Currently, bottles were made in France and England.

When pouring into a lowball glass, the white liqueur should be gently floated on top of the black liqueur.