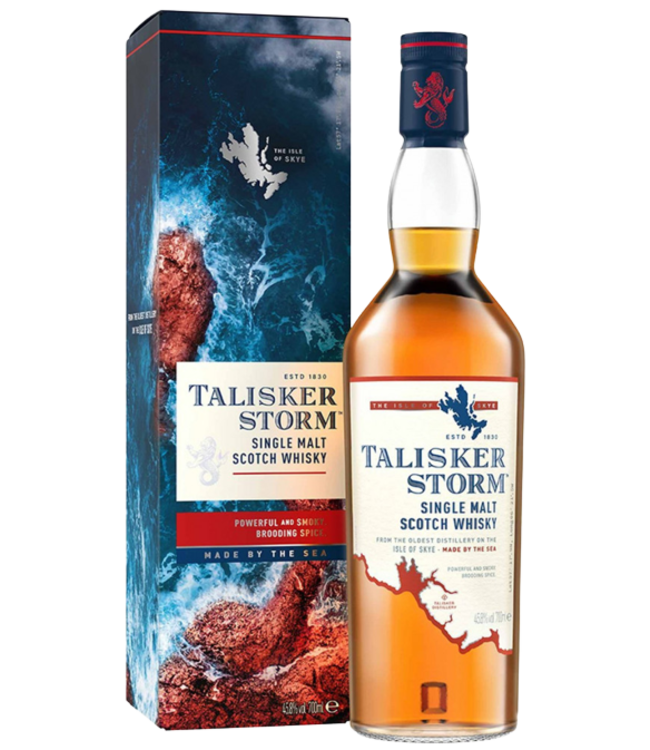 Storm is the new offshoot of the Talisker tribe. It is a NAS (No Age Statement) whiskey composed of older whiskeys that have matured in “rejuvenated” casks and younger whiskeys that have matured in refill casks. Rejuvenating barrels is done by scraping the insides and toasting again. The aim of the makers was, according to master blender Dr. Jim Beveridge to create a richer, deeper Talisker than the 10 years old, where the distillery character comes first. More new Taliskers will be released later this year. 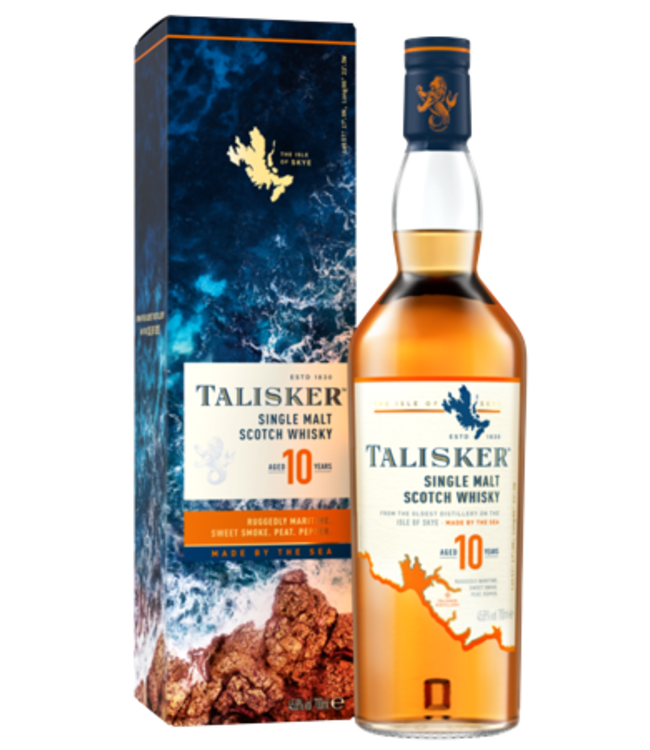 Talisker 10 years is a classic Scottish single malt whisky produced on the beaut..
€43,50 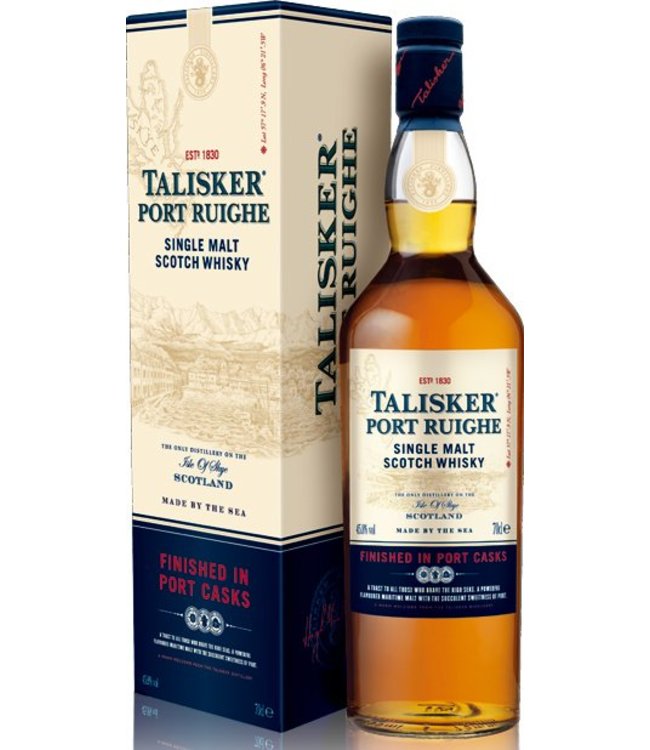 Storm is the new offshoot of the Talisker tribe. It is a NAS (No Age Statement) whiskey composed of ..