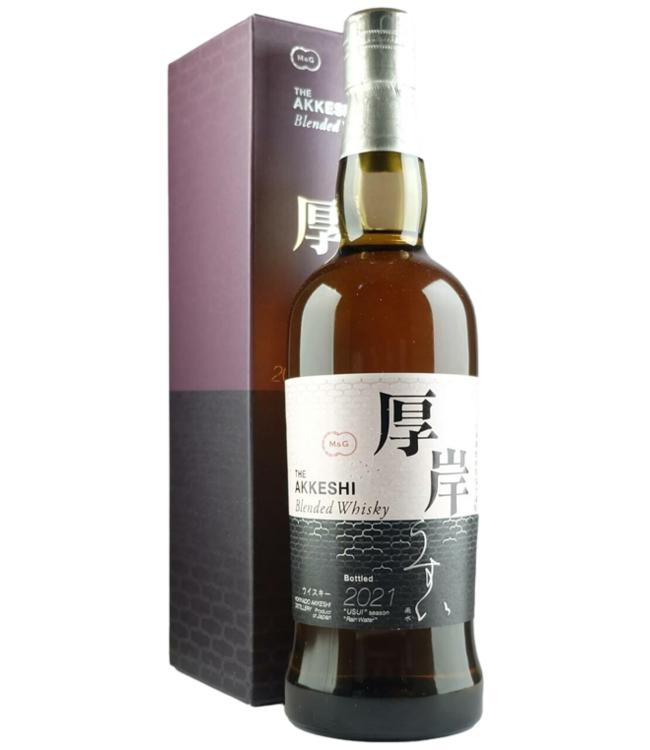 The Akkeshi distillery started its search for a new, unique and unsurpassed Japanese whisky in 2016. in the countryside in the north of Japan, an untouched area with pure clean air, rich peat soils and thick salt mist from the sea, the island Hokkaido appears, the ideal location for making the dream of making a Japanese whisky.
This Akkeshi special edition is in honor of the 24 seasons in Japan.
The Akkeshi Usui is the first blended whiskey of this Japanese distillery located on the island of Hokkaido.
A blend of single malts from Akkeshi containing at least three aged for years, supplemented with imported new make spirits that have matured in Japan and a small little imported grain whisky.
It is the second release in a long series that is inspired by the Japanese sekki calendar which is
scheduled in 24 seasons during the year. Each new release will have the name of the season
where the bottling took place. The Usui is bottled in 2021 at 48%.