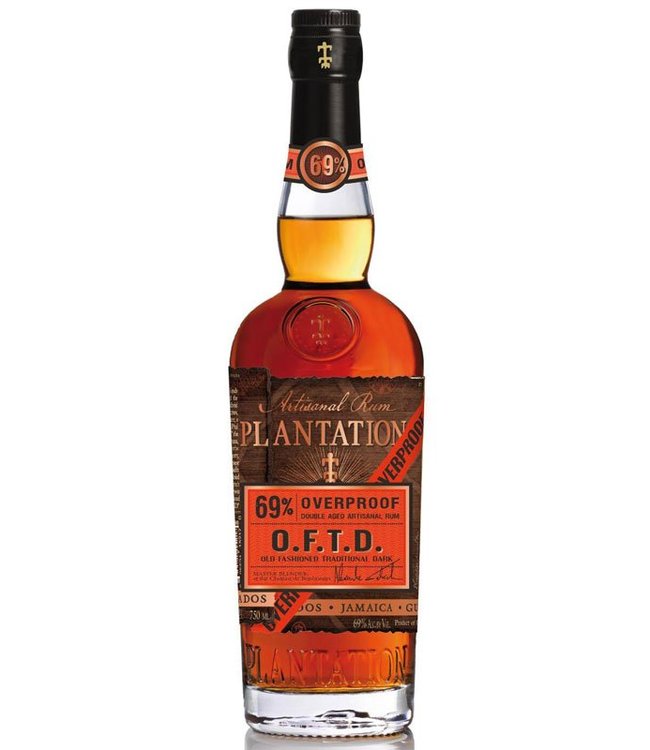 It all began when Plantation’s Alexandre Gabriel hosted a top-secret meeting during last year’s Tales with some of his future collaborators, including cocktail historian David Wondrich, Jeff “Beachbum” Berry of Latitude 29, and Martin Cate of Smuggler’s Cove. Rounding out the roster of international rum luminaries: Paul McFadyen of Trailer Happiness in London, Paul McGee of Chicago’s Lost Lake, and Scotty Schuder of Dirty Dick in Paris.

Gabriel tapped these friends and rum experts to taste early versions of O.F.T.D. and help shape the flavor of the finished product. With all of those talented taste buds on board, this stuff was destined for greatness.

Coming in at a whopping 69 percent alcohol (138 proof), the cane spirit contains a mixture of rums from Jamaica, Guyana and Barbados —a big change from previous dark rums produced by Plantation, which have all been made solely from mixtures of Trinidadian rum.

Although the bottle suggests the abbreviation stands for Old Fashioned Traditional Dark, the acronym actually comes from a far more colorful place. During the launch at Tales, Gabriel told a story: When Wondrich first tasted the final sample blend, he professed “Oh, fuck, that’s delicious,” thus adding a double meaning to the four-letter expression

In terms of taste, the rum is described as having flavors of caramel cream, chocolate and vanilla. The scent is full of sharp coffee, orange, plum, jam and truffle notes. Overproof rum is typically rich, flavorful and strong, and this label is no exception.