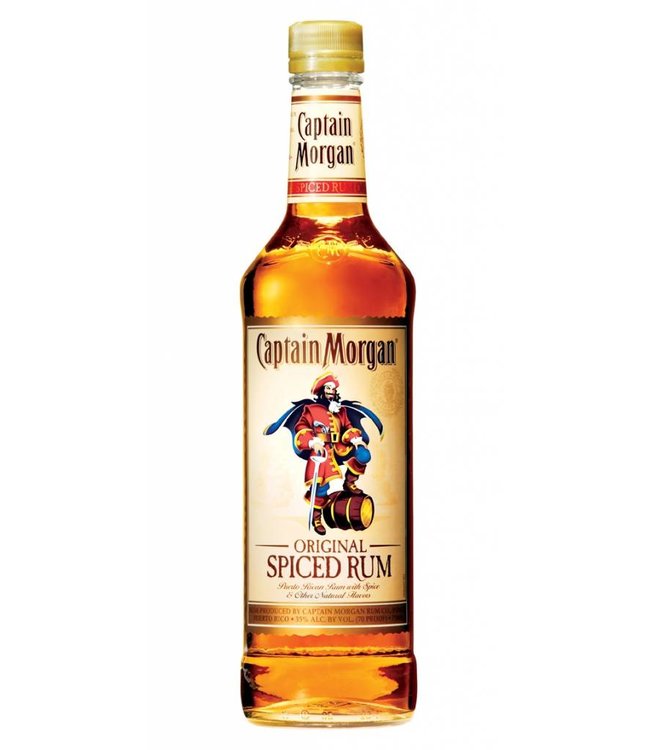 Smooth and medium bodied, Captain Morgan Original Spiced is a spirit drink based on a secret blend of Caribbean rums, mellow spice and other natural flavours. It gets its distinct richness and amber colour from aging the rum in charred white oak barrels.

Who was Captain Morgan....?
In 1654 a young Henry Morgan left his native Wales for the West Indies. He never looked back. A born leader, he quickly made Captain and became famous as a legal pirate or Buccaneer, defending British interests and generally rocking the Caribbean.

His awesome exploits on the high seas earned him a knighthood and by 1680 Sir Henry Morgan was a plantation owner and Governor of Jamaica. There he lived out his final days until his death in 1688.

Centuries later he became the figurehead for a company that became as famous as the man himself… The Captain Morgan Rum Company.